(December 2, 1916 – October 22, 2001) Folk and Outsider Artist Howard Finster was a Baptist Reverend and bicycle repairman from Summerville, Georgia. He claimed to be inspired by God to spread the gospel through the world and built Paradise Garden, where he lived and created over 46,000 pieces of art in his lifetime. His numbered paintings and wood constructions are colorful and contain many references to the Bible. Pop icons, including Young Elvis, were a predominant figure in much of his artwork. Finster gained national fame through his association with musicians and their bands. R.E.M. filmed their music video for Radio Free Europe in Finster's Paradise Gardens in 1983 which featured Finster and his artwork. In 1984, Michael Stipe and Finster collaborated on a painting for the cover of R.E.M.’s second album Reckoning. The song "Maps and Legends" (in the third album Fables of the Reconstruction) was written as an homage to Finster. Along with R.E.M., Finster also appeared in the 1985 documentary film Athens, GA: Inside Out, in which he tells the story of how he came to be an artist. In 1985, The Talking Heads commissioned him to create a painting for their album Little Creatures and Rolling Stone magazine awarded it Album Cover of the Year. In 1994, a portion of his Paradise Garden was installed as part of the permanent collection of Atlanta's High Museum; and Bill Mallonee (Vigilantes of Love) wrote a song inspired by Finster's artwork called The Glory and the Dream. Howard Finster was responsible for introducing millions to outsider art, but even with his fame, he remained focused on religious outreach. He said of the Talking Heads album, "I think there's twenty-six religious verses on that first cover I done for them. They sold a million records in the first two and a half months after it come out, so that's twenty-six million verses I got out into the world in two and a half months!" The exhibition, Stranger in Paradise: The Works of Reverend Howard Finster was recently displayed at the Chicago Cultural Center in 2010.  Stranger in Paradise: The Works of Reverend Howard Finster  was displayed at the Chicago Cultural Center on Sept. 26, 2010

If you have a Howard Finster artwork to sell or want to purchase, please complete the form below. 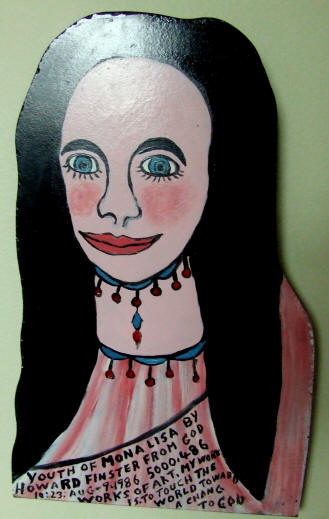 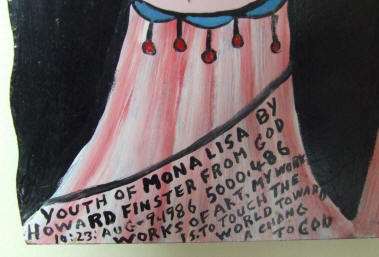 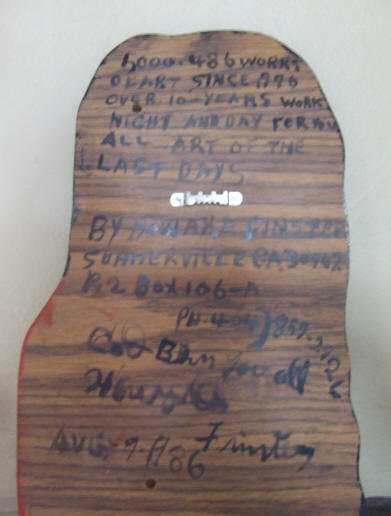 Youth of Mona Lisa by Howard Finster From God

Note:  Finster wrote his P.O. Box and phone number on the back of this one!    Incredibly Rare!!! 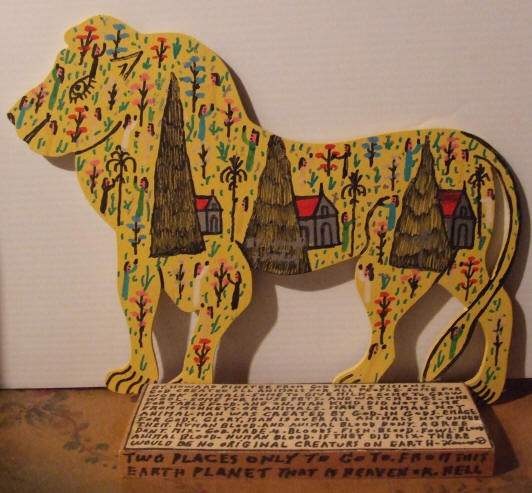 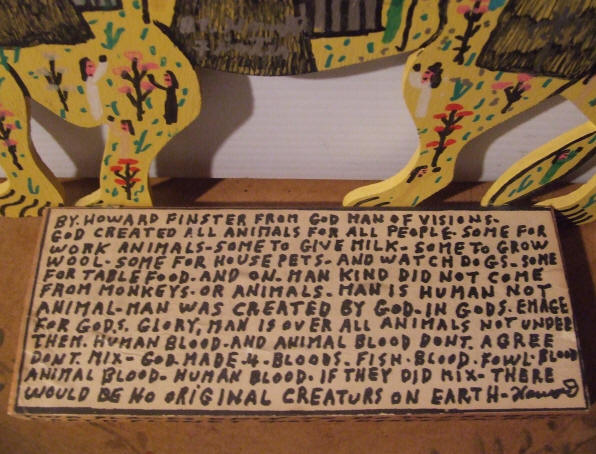 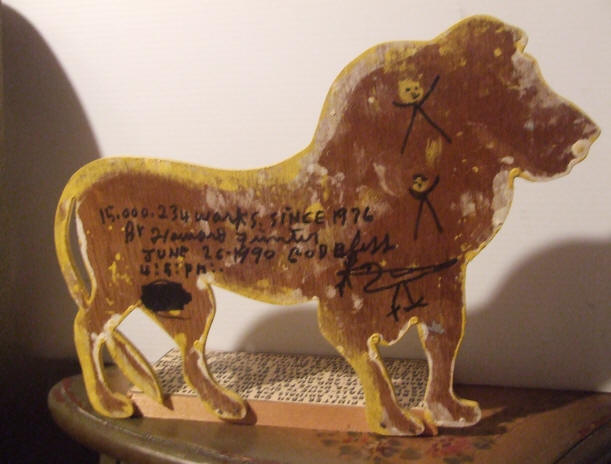 Self-Standing Wood Cut Out Sculpture on Wood Base