one hour prior to theatre performances through January 27, 2002.

David Derr is a Chicago based graphic artist and photographer. Born in
Pittsburgh, Pa. in 1964.  David earned a bachelor of fine arts degree from Kent State University in 1986. Continuing education at The Art Institute of Chicago has included courses in ceramics, illustration and photography.  After relocating to Chicago, David built a successful graphic design business while continuing to pursue interests in photography and print-making. David has also taught art classes in the Pilsen area through workshops sponsored by the Resurrection Project.   David recently became a new father.

am (pencil & watercolor paintings)     Margaret is originally from South Bend, Indiana, but has worked as an architect in Chicago for over 12 years.   She also teaches architectural design and drawing to both high school and college students.     Her work can be seen in the pages of the book the Chicago Art Scene by Ivy Sundell.    She has been exhibited at the Chicago Athenaeum and the Art Institute of Chicago in conjunction with BoothHansen & Associates and at I-Space Gallery with the Chicago Architecture Club. 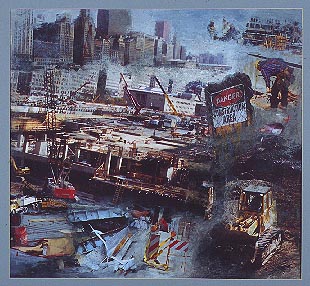 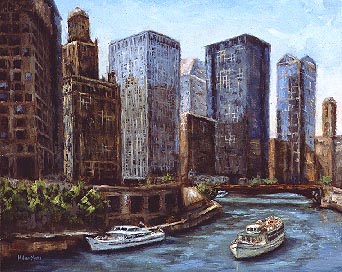 Melanie's mixed media work incorporates photography and painting.   Her work has been exhibited at The School of the Art Institute of Chicago, Garfield Park Conservatory and the Chicago Art Open.   She studied under painter Sharon Tarr , at The Art Institute of Chicago and earned a Bachelors Degree in Mechanical Engineering from Michigan State University.   Working both on location and her studio she draws upon the energy of Chicago for inspiration. 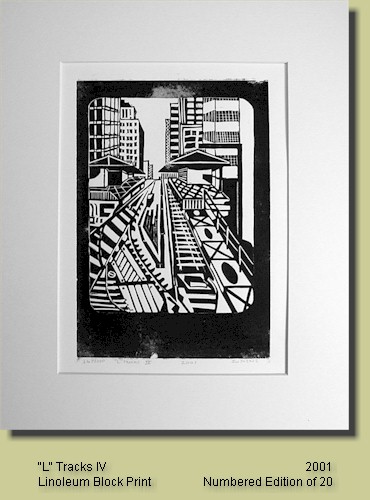 Scott is a native of Colorado, graduated from Kent Denver Country Day School in 1989.   In 1992, short of graduation, Parker traveled to Florence, Italy to study at the Lorenzo Di Medici Institute.   Upon returning from Europe, he attended the School of the Art Institute of Chicago and received a Bachelor of Fine Arts.   He currently resides in Chicago. 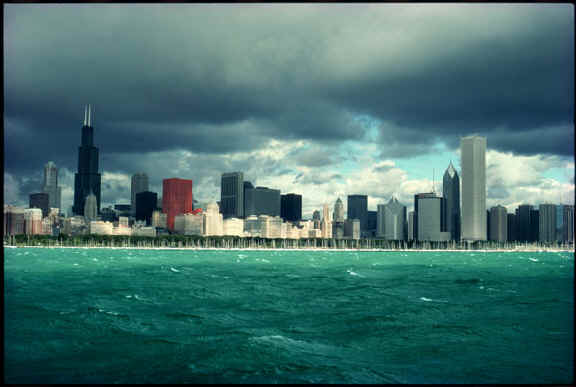 David Solzman has spent his life celebrating, studying and photographing both natural and human environments as he produces images of great intensify and sensitivity that depict not only nature itself, but also the city within nature - a melding of the natural and artificial world. Solzman participated in CITY 2000 and his work was shown in City 2000 exhibitions at Gallery 312, The Chicago Gallery (old water tower) Chicago Art Expo, The Chicago Historical Society, and in the final exhibit at the Chicago Cultural Center.

In addition to the exhibits of CITY 2000, Solzman's work appeared in May-June, 2001 at the Walsh Gallery as part of a three-artist presentation titled Private Sanctuary. Solzman has mounted one-man shows at the University of Chicago, the Cliff Dwellers Club, and several libraries and other cultural venues in the Chicago area. In addition, this body of work has been exhibited for sale at local galleries and art fairs including the 57th Street Fair, the Wells Street Fair, the New East Side Artworks, the Port Clinton Fair, and many other fairs throughout the Chicagoland area where they have received honors and purchase awards.

Solzman studied photography with Sam Abel of the National Geographic and with Arthur Meyerson and his photography evolved during the thirty-five years he served as a professor of urban geography at the University of Illinois at Chicago. Currently, twenty-six of Solzman's images form an exhibit touring Chicago under auspices of the Chicago Sister Cities International Program. Sister Cities presented a similar exhibit to tour Osaka Japan. 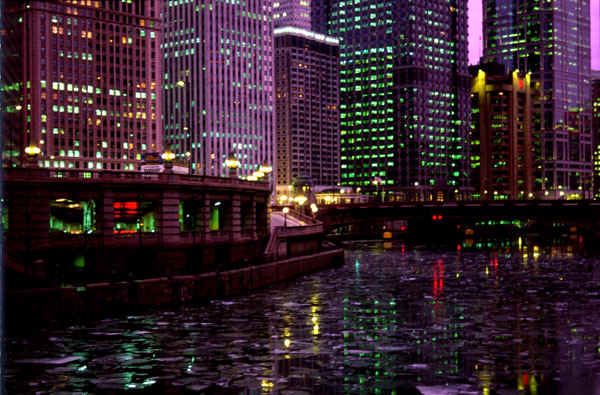 Solzman's work has appeared in Chicago magazine, Where, and in Midwest Living, and thousands have had the opportunity to enjoy his images in calendars focused on the Chicago area. His photographs have illustrated articles in the scholarly journal Popular Culture published at the University of Chicago along with scholarly and popular books on the Chicago area. His recent book, The Chicago River, published in 1998, features 85 of his images. He produced the cover image for the blues album of the year 1997, Call Me, and his Chicago skyline poster "Power Center" has been a best seller for many years.

David Solzman's images are included in the collections of major corporations including Amoco, Deloitte & Touche, Nation's Bank, South Shore Bank, Geosyntec, and many others. Currently, seventy of Solzman's images grace the website of Chicago's famed Museum of Science and Industry, and Mayor Richard J. Daley presented one of Solzman's photographs to the Mayor of Osaka, Japan when he came to Chicago to dedicate the refurbished Japanese garden in Jackson Park.

Solzman's most recent work includes major projects on Lake Michigan and on highly abstract images taken in industrial areas. Solzman’s developing work continues to celebrate the beauty of the world and to serve as a reminder of the interdependence of the human and natural worlds. 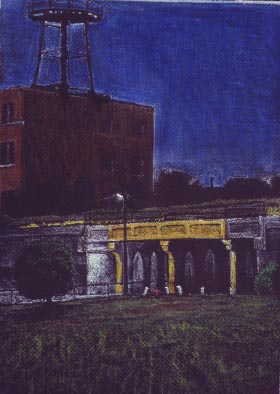 Charlie attended Chicago's American Academy of Art and is a Northside resident.   His work can be seen in the book by Ivy Sundell Chicago Art Scene.   He has exhibited with the Wicker Park Art Gallery, the Northshore Women's Art League and at venues such as Northwestern University, the University of Chicago, Navy Pier, the Drake Hotel and the Art Institute Ballroom.