On exhibition through January 20, 2001. This art exhibition is in complement to Steppenwolf's production of The Weir by Conor McPherson. Adrienne Outlaw

Concerned with the conceptual and aesthetic nature of art, Adrienne creates her work by covering a model (who selects a pose of his or her own choosing and must sit patiently for two - three hours) or other form with plastic sheeting, clothing or bed sheets. In a process Adrienne calls "stiffening", she coats the material with rabbit-skin or another type of glue until it dries into a mummified-like appearance. The model or form is removed, leaving behind a hardened outer shell. Adrienne then adds other objects to the hardened form, such as string, straight pins, and nails to reference the hand work involved in domesticity and to reflect the female voice. Some of her pieces represent the shell (or outer clothing) of an individual left behind after they have passed on, while others are formed in the shape of a cocoon representing a rebirth or spiritual transformation. The finished pieces often appear suspended in time -- as if something has just happened or might happen again. Through this unique art form, Adrienne forces us to look beyond the superficial outer casings of an individual to reveal their inner truth.

Adrienne has a background in fiber art from the School of the Art Institute of Chicago and is inspired by the works of Anais Nin, George Segal, Edward and Nancy Kienholz, Annette Messager, Cathy de Moncheaux, Louise Nevelson and Eva Hess, among others. Adrienne has had several solo exhibitions in Nashville, TN and currently participated in SOFA Chicago – represented by Finer Things Gallery.

"My work deals with traditions of ghostlore and accounts of ghost sightings. The images I create involve spirits who inhabit environments of the living, in some cases interacting with the living. The work involves research on the nature of ghost stories and supernatural incidents, the common themes and ethereal threads that connect them. Some of the images and narratives are based on local legends or sightings, while others are fictional. No violence is present, and the spirits inhabit the material realm in a more-or-less peaceful manner. The final results of this process take on a number of forms. The majority of the works are two-dimensional pieces incorporating a toned black and white photograph into a heavy frame behind glass which is treated with shellac. Other works involve stereo photography using various scopes allowing for a three-dimensional viewing of the image. These images resemble Victorian-era stereo-cards, with an antiquated and distressed appearance. These stereo-photographs allow the viewer to see the ghosts’ transparent form in three dimensions and really bring the audience into the scene."

Christopher has been a photographer for ten years, has lived in Chicago for four years, and received his master’s degree from Indiana University in fine arts (MFA). He is currently the coordinator of the photography department at the Evanston Art Center where he teaches numerous photography courses. He also teaches photography at Columbia College and Northwestern and has exhibited his work nationally in juried exhibitions and one-man shows. 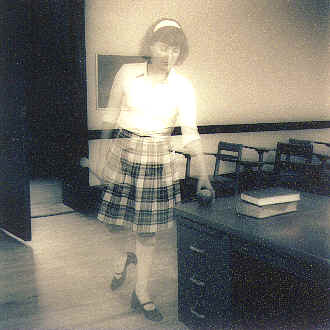 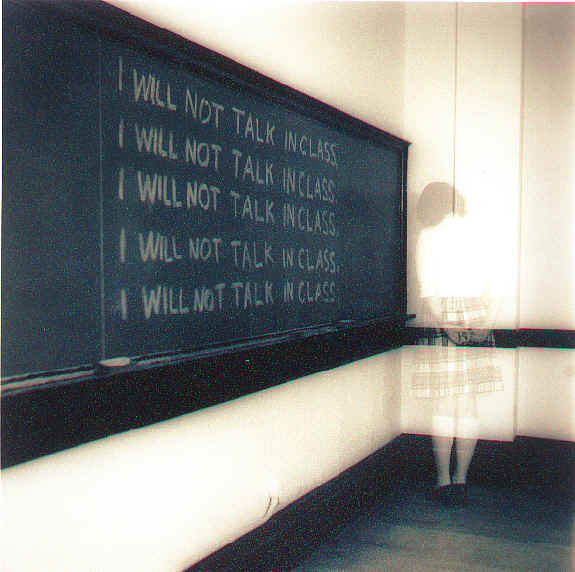 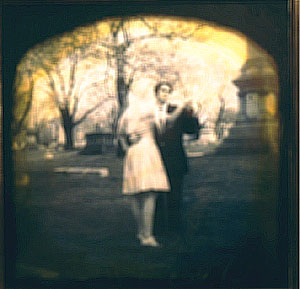 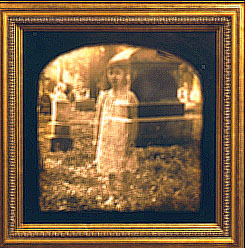